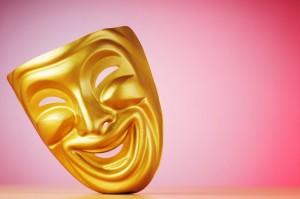 I once had a rose named after me and I was very flattered. But I was not pleased to read the description in the catalogue: no good in a bed, but fine up against a wall. – Eleanor Roosevelt

Arguing about whether the glass is half full or half empty misses the point, which is this: the bartender cheated you. – Unknown

Don’t you find if funny that after Monday (M) and Tuesday (T), the rest of the week says WTF? – Unknown

Women will forgive anything. Otherwise the race would have died out long ago. – Robert A. Heinlein

I am ready to meet my Maker. Whether my Maker is prepared for the ordeal of meeting me is another matter. – Winston Churchill

Don’t question God as he may say, “If you are so eager for answers, then please come up.” – Anonymous

Three can keep a secret, if two of them are dead. – Benjamin Franklin

A woman sat in the reception room of a new dentist awaiting her first appointment. She noticed the dental diploma bore the dentist’s full name and suddenly she remembered a tall, handsome, dark-haired boy with the same name who had been in her high school senior class some 30-odd years ago. She wondered if they could be the same person.

Upon meeting the dentist she discarded the thought. The balding, grey-haired man with the deeply lined face was far too old to have been the boy she’d secretly had a crush on.

After having her teeth examined, curiosity got the better of her and she asked the dentist if he’d ever attended her old school.

When he replied, quite excitedly that he had, she asked what year he’d left. He gave her his answer and asked why she asked.

“You were in my class,” she exclaimed.

“What did you teach?”

A gun is like a parachute. If you need one and don’t have one, you’ll never need one again. – Unknown

Everything I need to know about life, I learned from Noah’s Ark… (Author Unknown)

One: Don’t miss the boat.

Two: Remember that we are all in the same boat.

Three: Plan ahead. It wasn’t raining when Noah built the Ark.

Four: Stay fit. When you’re 600 years old, someone may ask you to do something really big.

Five: Don’t listen to critics; just get on with the job that needs to be done.

Eight: Speed isn’t always an advantage. The snails were on board with the cheetahs.

Nine: When you’re stressed, float a while.

Ten: Remember, the Ark was built by amateurs; the Titanic by professionals.

One day at a busy airport, the passengers on a commercial airliner are seated, waiting for the cockpit crew to show up so they can get under way. The pilot and co-pilot finally appear in the rear of the plane, and begin walking up to the cockpit through the centre aisle. Both appear to be blind.

The pilot is using a white cane, bumping into passengers right and left as he stumbles down the aisle, and the co-pilot is using a guide dog. Both have their eyes covered with huge sunglasses. At first the passengers don’t react, thinking that it must be some sort of practical joke. However, after a few minutes the engines start revving and the airplane starts moving.

The passengers look at each other with some uneasiness, whispering among themselves and looking desperately to the stewardesses for reassurance. Then the airplane starts accelerating rapidly down the runway and people begin panicking. Some passengers are praying, and as the plane gets closer and closer to the end of the runway, the voices are becoming more and more hysterical. Finally, when the airplane has less than 20 feet of runway left, there is a sudden change in the pitch of the shouts as everyone screams at once, and at the very last moment the airplane lifts off and is airborne.

Up in the cockpit, the co-pilot breathes a sigh of relief and turns to the pilot: “You know, one of these days the passengers aren’t going to scream, and we’re gonna get killed!”

Do not argue with an idiot—he will drag you down to his level and beat you with experience.

The last thing I want to do is hurt you, but it’s still on my list.

Light travels faster than sound, this is why some people appear bright until you hear them speak.

If I agreed with you, we’d both be wrong.

We never really grow up, we only learn how to act in public.

War does not determine who is right—only who is left.

Knowledge is knowing a tomato is a fruit, wisdom is not putting it in a fruit salad.

Evening news is where they begin with ‘Good Evening,’ and then proceed to tell you why it isn’t.

To steal ideas from one person is plagiarism, to steal from many is research.

I thought I wanted a career, turns out I just wanted pay-checks.

Whenever I fill out an application, in the part that says, ‘In case of emergency, notify:’ I put DOCTOR.’

I didn’t say it was your fault, I said I was blaming you.

A clear conscience is the sign of a fuzzy memory.

I asked God for a bike, but I know God doesn’t work that way, so I stole a bike and asked for forgiveness.

Money can’t buy happiness, but it sure makes misery easier to live with.

There’s a fine line between cuddling and holding someone down so they can’t get away.

I used to be indecisive, now I’m not so sure.

You’re never too old to learn something stupid.

To be sure of hitting the target, shoot first and call whatever you hit the target.

Nostalgia isn’t what it used to be.

Change is inevitable, except from a vending machine.

A diplomat is someone who tells you to go to hell in such a way that you look forward to the trip.

Hospitality is making your guests feel at home even when you wish they were.

I always take life with a grain of salt—plus a slice of lemon, and a shot of tequila.

When tempted to fight fire with fire, remember that the Fire Department usually uses water.

The early bird may get the worm, but the second mouse gets the cheese.

I want to die peacefully in my sleep, like my grandfather, not screaming and yelling like the passengers in his car.